Command Line launch of directory opus to view a folder

from windows command line (cmd.exe)
what do I run to open up the current folder in directory opus?
or... how do I give opus a directory as a parameter

You can run any Opus command from the command-line using dopusrt.exe (not dopus.exe), like this:

I am trying to grab certain folder paths from an external program called Everything and display the respective folders in Dopus.

Is there a syntax for the command line to make Dopus show folders in the right-hand lister?

It's best to use dopusrt with the Go command, e.g.

Is there perhaps a way to have this Lister appear in "sort by Date Modified" view?

That said, I'd like to have "sort by Date Modified" as a general setting in Dopus for new listers, search results, flat views etc.

So maybe this should not be in the command line discussed here, but in the Dopus Settings?

I'd be grateful for a tip where to find that corresponding preference in the settings, if possible. 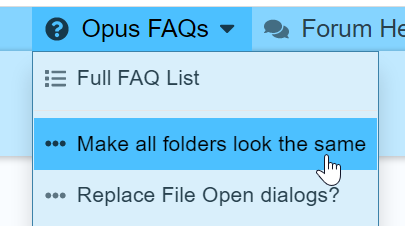