Since my system updated itself to Windows 10 Creator Update (Build 15063) I found that Directory Opus (version 12.4) crashes/hangs frequently. Here is the latest error report: -

Summary
Stopped responding and was closed

Can you please help me with this issue?

Please send any crash dumps and we may be able to see where the crash is happening, and if it's in Opus itself or another component: 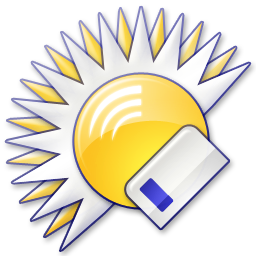 Automatic crash dumps: In the event of a crash, Directory Opus will usually create a "dump file" in the temporary folder which contains information that may be useful in diagnosing the cause of the problem. To locate these dump files: In Opus or...

I have done as you suggested but found no *.dmp files anywhere on my PC

That rules out using crash dumps. The other guides are your best bet, in that case.

If you can work out a likely cause of the crash (e.g. a sequence of operations) then we can try the same here to see if it happens for us as well.

Crashes are often caused by shell extensions and other add-on components which may be unique to your machine. If that is the case then we may not see the same thing, but the guides include suggestions on tracking down the problem component.

Major updates like "Creators Update" fully reinstall Windows remembering most settings and apps. Sometimes you won't run into trouble, but often you will. I always try out first the update and then do a fresh install on new Windows releases.

I have now completed my investigative work and discovered that there appears to be incompatibility between Directory Opus and an update to from Acronis TI Home 2016 to Acronis TI Home 2017. I have completely removed my Acronis software and, as yet, the problem has not reappeared. I will wait a few days to verify my hypothesis and will then tale appropriate action.

Many thanks for your suggestions which have guided me down a helpful analytical direction.

While the main program and functionality of Acronis TrueImage has never caused a known proble, the shell extensions it installs have been known to cause some problems on & off over the years.

So you may be able to reinstall TrueImage and still use it with just the shell extensions disabled (either system-wide, using ShellExView, or just in Opus using the ignore_context_menus setting).

Disabling the shell extensions will lose things like some right-click menu options for TI backup files, but nothing vital (at least from my knowledge of older versions of TI). The main program is independent of them and everything can still be done via its UI.

Please let us know how things get on, as it may make sense to add mitigations to Opus to avoid these particular extensions from causing crashes. (In fact, we had them blocked in Opus by default for some time, but unblocked them late in Opus 11's lifecycle as they seemed stable again.)

The guides on right-click crashes and shell extensions which may cause problems have the IDs of the TI extensions for easy pasting, but it's also worth checking with ShellExView in case the IDs have changed in the newer version. Links to ShellExView and other details are in the two guides.