I don't know why that would fix things. The reboot may have been the real fix.

Maybe something was wrong in the registry which toggling compatibility on and off reset.

Or maybe something else got updated on that reboot. That would be my guess, but we can't know for sure.

Thanks for your help.

Opus ran well for 2 days. Today I had a digital recorder plugged in as a USB drive and was using your Visual Pane to listen to the files. When I went to delete a file on that device in Opus, the program crashed. After the crash the program would not start over 2 separate restarts. I then ran the "Run compatibility troubleshooter" from properties. The attached file shows the results of the run. It switched the program to Windows 8 compatibility. I was able to start the program then and also from several restart cycles.

You don't want any compatibility settings to be turned on for the Opus executable. We recommend turning off any that Windows decided to turn on.

When I went to delete a file on that device in Opus, the program crashed. After the crash the program would not start over 2 separate restarts.

What kind of file was it? My guess is a component involved in viewing, thumbnailing or extracting metadata/columns from that type of file is probably involved in the crash.

Were any crash logs created that time?

Do you still have all the shell extensions that were disabled before disabled now? If they were re-enabled after things started to work again, one of them is probably the cause.

Opus just crashed again. I was creating a directory in Program Files to hold the Shell Extension Viewer. Opus could not be opened after that until I ran "Run compatibility troubleshooter". I did not change the compatibility to Windows 8 and noticed that it runs Windows 10 compatibility until next crash. Looked through shell extensions for an extension for shift delete and directory create but could not find them. There was no Opus crash dump.

The problem you're having is something is corrupting memory within the process (at least based on the info so far), which often means that something which happens later ends up crashing but isn't really involved in the problem. It's like one component leaves a banana peel on the floor and then exits the scene, and then something else trips over it, but wasn't at fault.

Memory corruption may also explain why the crash dumps aren't saving, since if the process's memory is corrupt then the crash handler may not be able to run itself.

Unfortunately, tracking down the cause of such a thing can take a lot of trial and error. I would disable all shell extensions and reboot to see if that might help (if it does, start enabling a few at a time until the problem comes back, to identify which one is at fault).

If you have any video files in folders you visit before the problem happens, they could be a trigger (often in conjunction with a buggy video codec or splitter that something has installed).

Making a note of which folders, and the files and types of files inside them, Opus displays before the crash can help point in the direction to look in.

The start problem has become more predictable. The program cannot be started after a restart. No crash log. Disabled all non-Microsoft shell extensions. Program still does not start. The only way to start the program is using the Compatibility troubleshooter. Is it time to try another version of the program or use a beta?

In the process of looking for clues I noticed Other | underThisPC that was not there before. Notice the duplication of Documents and others. Opus is still not opening after a restart. Compatibility always allows me to open it. Occasionally after a restart I open my new empty folder and it opens Opus for a few seconds and disappears. 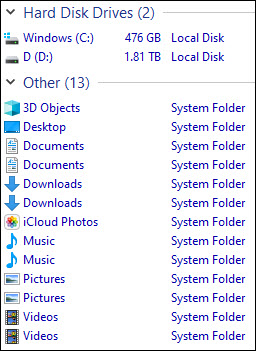 Opus is still not opening after a restart.

Could you make a Process Monitor log of what happens when you launch Opus for the first time?

That may reveal something unusual, either a folder that is being accessed or components being loaded into the process which might be causing the problem.

In the process of looking for clues I noticed Other | underThisPC that was not there before. Notice the duplication of Documents and others.

Do you see the same duplicate folders in File Explorer?

It may also be a result of the compatibility settings you've applied, since Opus filters that list differently for different versions of Windows.

The only way to start the program is using the Compatibility troubleshooter.

Do you know which settings it has changed? It could be complicating things more than helping, since it's difficult to know what it has changed and whether those settings are still in effect, or how to clear them if they are.

Normally, any change you apply using it would still be in place after a reboot, so I'm not sure it's really fixing the problem if the problem comes back each day.

Some of the Microsoft extensions have had bugs in recent years as well. It might be worth disabling them as well, in case they're involved. Be sure to reboot afterwards, and re-enable things later if it didn't make a difference.

I have done all I think I can do to solve this problem. I have tried disabling extensions. It is almost impossible to arrive at a solution doing this and it has been extremely time consuming. I will disable a group of extensions and the program will work for a while then the same open problem comes back. I have done this for all extensions.

The program starts every time with the compatibility setting as shown by file: Compatibility.jpg.

Any other thoughts. At this point I have stopped trouble shooting and us the Windows 8 compatibility settings all the time due to the large amount of time I have spent troubleshooting. 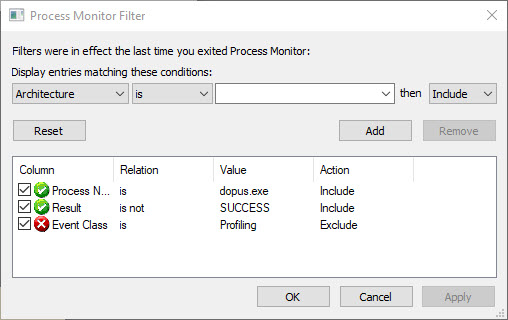 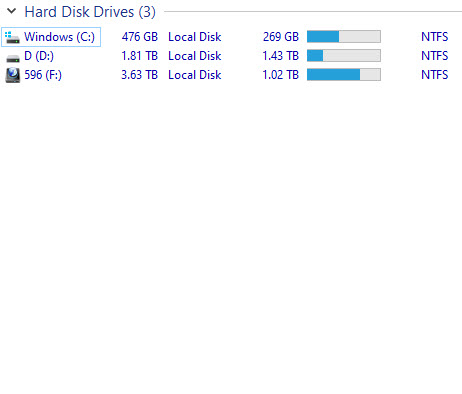 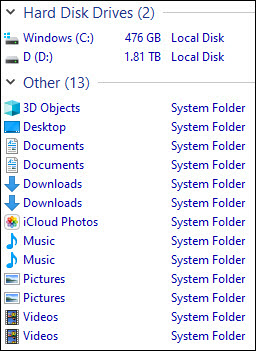 dopus.exe does not appear in procmon when the program does not start.

Please make a procmon log of what happens, with the default filters, and everything turned on (filesystem, registry etc.). Don't filter anything out. Other processes may be involved. Zip the log and send it to us to look at.

When doing it, turn off any compatibility settings (they should never be turned on).

It's also worth checking the installer itself doesn't have any compatibility settings turned on, and re-running it if it had them before.

The Zipped logfile will have to wait. It is almost a GB in size in PML format.

An unusual event occurred. Opus came up after boot and appeared normal. Compatibility was not on. Got notification of the following Windows update during the reboot:
Quality Updates (17)
2020-03 Cumulative Update for Windows 10 Version 1903 for x64-based Systems (KB4540673)
Successfully installed on 3/11/2020
Need to test to see if the program will now work after this update.

The Zipped logfile will have to wait. It is almost a GB in size in PML format.

PML files compress extremely well. It won't be that large once you zip it.

I ran procmon for a limited time to get the file size down. The program has not failed for 2 power and restart cycles since the Windows update mentioned above.

Have not had any problems since the Windows Update on the 11th. Thanks for your help. Ray