I get the following error in my video folders after copying items to them: Icaros video columns: Error 0x80070002. Error at Line 27, position 2.

It doesn't affect the functionality of anything that I'm aware of, but I'd like it to know why this appears and how to permanently get rid of it.

It's probably triggered by a particular file or sub-folder. If you can work out which one, it should the be possible to work out what's going wrong.

I'm not sure if this error relates to the same files on my backup USB drive connected to my computer or those same files on my network drive. Both locations are in folders called Videos; their contents are exactly the same; and the error message appears after copying files to these locations, which I do at the same time to ensure I always have a backup. I don't know what line 27 and position 2 refer to; otherwise, I could possibly investigate further.

I don't know what line 27 and position 2 refer to

That's from the script

Overview: This script imports several columns, showing details about video/movie files, from Icaros into Directory Opus. Icaros is a free tool which provides additional video information and thumbnailing capabilities to the Wiindows shell. The thumb…

Icaros might be broken. The quickest way to get rid of the message is to disable the script in the settings.

That, though, won't allow me to then see my columns' metadata and Icaros has to be reconfigured after each Windows 10 update to a new fast build because Windows resets this for whatever reason. In any case, it doesn't seem to be affecting the functionality of the script, though Data Rate and Bitrate metadata don't display with Icaros, but they do without it. Any ideas why and how to fix that? Thanks.

Keep an eye out for the error indicator and the next time it appears, see which folder you are in (or were just in if you've moving through folders quickly).

If it's a special folder like This PC or Desktop then that might be where the problem is coming from, since they have items below them which are not normal files and folders.

If it's a normal folder, try copying the contents to another location, a few files at a time, and see if that starts triggering the same error message. If so, it'll be related to one of the last files you copied over.

Let us know what you find.

The issue could be with the script or with Icaros itself, but once we understand what's happening we can hopefully add some checks to the script to avoid it either way.

Thanks, Leo. Will do.

Not quite the same error but I do get the same error aswell but have not tracked that down to a specific cause yet.
This error happens when I double click on a .rar file.
There are no script columns being used.
Moved the .rar to another folder and it does not happen.
Checked where the folder format was coming from and it was from the folder I was in 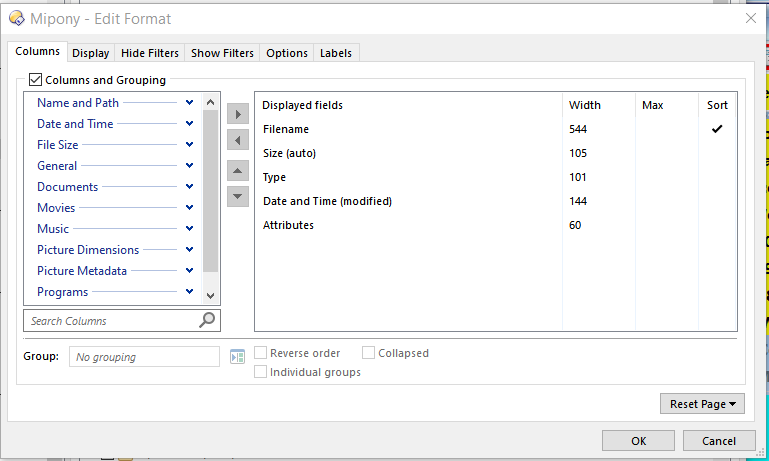 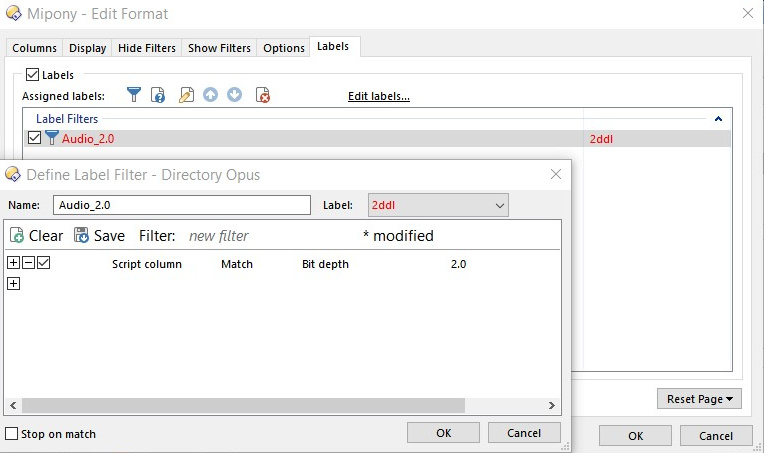 On turning off this label I do not get the Script Error message.

I use a button to do Opus screen grabs

You can't paste screenshots into a RAR file.

I use a button to do Opus screen grabs

It checks the source path, which is a RAR file. (Something we can improve, now that you mention it.)

The script issue can also be handled by the script itself, although I'm not sure of the exact syntax for VBScript. Adding on error resume next here might work:

I don't have Icaros installed to test that though, and the other scripts I have to hand are JScript, which does things differently.

But once 12.21.2 is out the script should work as-is, and we'd rather change things on our side than require every script worry about this stuff.

Using 12.21.2
If I remove on error resume next I am still getting script errors

Is it the same error message as before?

I can also confirm I am still getting this error after updating to the latest version of DO (12.21.2). I have not been able to pinpoint why still, but it does seem related to .rar files being extracted.

I've installed Icaros and the script and tried for a while, using Opus 12.21.2 beta, and I can't get any errors to appear, including within RAR files and with a label filter set up like above.

It was easy to get errors from the older version I had installed on the test machine, but they stopped happening as soon as I updated to 12.21.2 beta.

Do you both definitely have the latest beta installed? (The change is not in the latest stable version yet, only the betas.)

You could try editing the script to see if we can find out which file or path is causing the problem. change the OnIcarosColumn function to add a couple of DOpus.Output lines, like this:

Then see what it reports around the time of the error message, next time it happens. 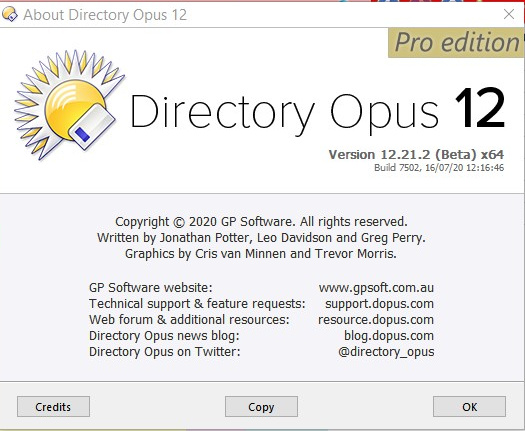 Have added the extra lines will keep an eye out for script errors.
Just realised not had any today.