Hey, not bad at all!

We would never know if it would work, unless we try it.

I guess you have more important things at the moment, but we might return to it once the dust settles.

@Leo
I wasn't able to find anything about user groups(for example Registered Opus Pro User ) in my profile. Are previous user groups abolished or they will be added at some time?

We would never know if it would work, unless we try it.

People are going to hate me for saying this but I think the main reason why we are all here is an amazing file manager called Directory Opus. Developer's time is always limited and if adding new features to forum means refraining from Directory Opus maintenance(e.g fixing bugs, adding new features etc) then I am strongly against it. Because at this point there definitely are things that can be polished in DO.

Account linking still works but is not reflected on the new forum yet. It will be in the future.

It might take a bit of time to get used to.

I was thinking the same thing. Let poor Leo get some sleep

But above all don't forget to rest.

I don't know about the rest, but the unread topics' titles do not stand out as they should. Could you maybe bold them or put them in some different color to make them more noticeable?

Yeah, that bugs us as well. It was already in my mental list, but I'll add it to the post so it doesn't get forgotten.

There is the new/unread button at the top which may help, but I haven't completely got a handle on what Discourse considers new or unread, and I feel like sometimes new posts don't seem to qualify for either. But I haven't looked in detail, and it may be the other bug that seems to affect my account with post lists in general.

and I feel like sometimes new posts don't seem to qualify

Exactly my impression I have given up of that for the time being.

Unread only applies to topics you're tracking, and you can't track a topic without reading it. Bit of an odd design, obviously they didn't consider someone might want to read every single post.

It's odd since we start out with all of the old topics flagged as unread. Maybe that was a quirk of the phpBB importer, and not normal behaviour.

We'll work something out!

I also find that when I enter each topic, I'm positioned at the first post I haven't read. This discovery preempted my intent to complain about disappearance of First unread post since I seem to be automatically positioned at the first unread post. That positioning doesn't happen for old posts which existed before the conversion and have been updated since the conversion. There seems to be no recognition that the old, pre-conversion posts have been seen/visited, but that issue will probably pretty much sort itself out over time.

After some days I really miss the bold view of unread posts. Also another backgound color on 1.,3.,5. and so on post (light grey or something like that) would enhance the view a lot.

And maybe I getting old... but too much info overall.

I think I can live with most changes to the forum usage and looks, I need to anyway I guess. o)

But there are two things I don't like for sure:

Not being able to tell where in the list of threads I am, how many are there and losing all the scrolling work on reloading the page is really not something to welcome. Disclosure has/had? some kind of page indicator and URL history management, is that not available anymore or maybe just disabled?

Cool that you were able to leave the old URLs intact (correct redirecting). Really, that is something most forum administrators f+ck up when switching the software and it always kind of hurts the internet because of broken links and loss of search engine wisdom. You did right, very nice! o)

Discourse does infinite scrolling better than most things.It's not perfect, but it's a lot better than usual, and splitting threads into multiple pages wasn't perfect either as it often confused people. There are some quirks to get used to but I think it works well overall.

This is on the side and does exactly that (click to un-crop):

Or, if you're using a narrow screen/window, it turns into a progress bar at the bottom-right: 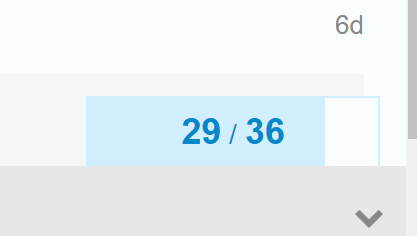 and losing all the scrolling work on reloading the page

Shouldn't happen with Discourse, because it changes the URL as you scroll, to indicate which post you were looking at. If you go back or reload the page, you should still be looking at the same post. (You can turn this off in Discourse, but it'd be a bad idea.)

my bookmarked threads are gone?

Bookmarks weren't imported, but you can go to the old forum and you can get the list, then re-bookmark them here.

If it's a huge list I can help by extracting it from the database if needed.

Cool that you were able to leave the old URLs intact (correct redirecting).

Yeah, keeping those working was important.

I'd love to have been able to only import "important threads that still have useful info and people are likely to link to or find" and lose the ~15 years of baggage and outdated information, but there's no way to know which threads those are.

A problem was just found (thanks to @enternal) with redirect URLs for threads that had quotes in the titles, which I'm going to fix today.

So there may still be some kinks. The automated import process went wrong in places. I've had to rebuild things like attachments, avatars and redirect URLs, while learning about 5 different programming languages and related frameworks to do it, and working on it non-stop for 2 weeks now. Still some stuff to iron out. But it's still better than the phpBB update process and the old web and database servers, which had become intolerable, so it's been worth it.

I was referring to the thread-lists, not the list of posts within a single thread.
I see that scrollbar to the right, yes. It tries to give a sense of "where" and it lost usability and proportionality, it also occupies one third of the page and actual conversation looks very squeezed now.

I see the URL now updating (with the same delay the "scrollbar" has), not sure why it would not update some days ago. Ahh, now I know, it was the list of threads which has no updating URL or position indicator. Here e.g.: https://resource.dopus.com/c/support --> Excercise: Get to the first topic (in time) in that section of the forum.

Thanks for reminding me about the link to the old forum, will try to migrate my bookmarks manually.

My criticism on the scrolling wasn't generic. I was put off by it several times now (it's been around some time). This time I started to read some articles about the pros and cons and whether I'd find myself somewhere among the "cons" - and I did. o)

Hopefully I did not sound too negative. To be honest, there is little benefit for me in the new system. Some things might turn out in the long run though, so I will see, but if you as Operators experience relieve with Discourse, it's probably the best reason for me too like it as well. I always liked phpBB from a users perspective. I wasn't much into administering/operating it, thereby not feeling great pain with it. o)

Downloads areas aren't editable yet but will be once I get to sorting them out.

Yes. I was pretty comfortable with the old forum, am still trying to get used to this one, and had learned to live with the splitting of threads into multiple pages, but it was a negative.

The biggest problem with multiple pages is that it was easy for people to miss a reply if it happened to wind up as the last post on a page. Or people would not notice that there was a second page and stop reading the thread at the bottom of the first page.