Is there WebM support?

I can't seem to find a way to watch webms via the viewer pane.

Is there a setting or plugin for this?

They seem to play if you do this:

While it works, it also seems to show a spurious message about the file extension not matching the content type, but there is an option to tell it to not show the message again. (That's coming from the WMP preview handler, not Opus itself, so it's outside our control.)

This did not seem to need anything extra installed, at least to view the big-buck-bunny_trailer.webm sample I used (VP80 video and Vorbis audio).

Although it's possible it only works for me because I've already installed one of these things from the Microsoft Store:

It may be possible to make it work via other plugins/viewers but probably requires installing some extra codecs/splitters.

Thanks this worked perfectly and didn't require any of those extensions.

thx and
I have to disable movie plugin as few mp4 files were not playing.
And now after adding webm extension as mentioned above i it is working fine...But it doesn't autoplay.
How can we make it autoplay?
Also how can i change background of viewer pan of videos?
For images i have changed it but don't know how to change viewer pane background for playing videos.

(None of these questions really relate to WebM support, which the thread is about. This should really be in a separate thread.)

How can we make it autoplay?

But Windows Media Player (WMP) also has an ActiveX control which does autoplay. You can use that instead by turning off the WMP Preview Handler, and making sure the extensions you're interested in are included in the Generic ActiveX (32-bit) line near the bottom of the dialog (the same one where you enable/disable the WMP Preview Handler).

You may also need to fix registry settings for that to work, if WMP isn't assigned as the ActiveX handler for those file types. That can usually be done by (temporarily) setting Windows Media Player as the default player for the types involved (see HOW TO: Enable/fix playback of various media formats in Opus).

Also how can i change background of viewer pan of videos?

ActiveX + Preview + Office + Web Plugin Let's call it the ActiveX Plugin for short, even though it handles more than just that. This is a meta-plugin which allows a large number of viewers to work in Opus, including those which work with File Explo…

As u said i can't change background of video playing then i guess im gonna try icaros.?
here's screenshot..it is showing white background.it wasn't like that in opus 10 and i used to use icaros. 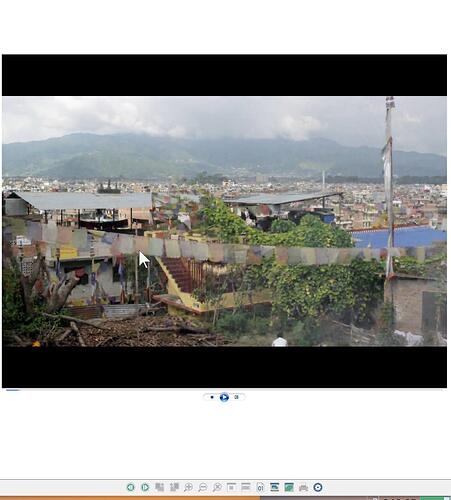 Fixed, but this now has even less to do with "Is there WebM support" than before.

As u said i can't change background of video playing then i guess im gonna try icaros.?
here's screenshot..it is showing white background.it wasn't like that in opus 10 and i used to use icaros.

Your screenshot shows the Windows Media Player Preview Handler. To my knowledge, there's no way to tell it to use different background colors.

The WMP ActiveX control will use a black background, FWIW.

Please start a new thread if you have more questions, since we're really off-topic here.