Here is my theme. 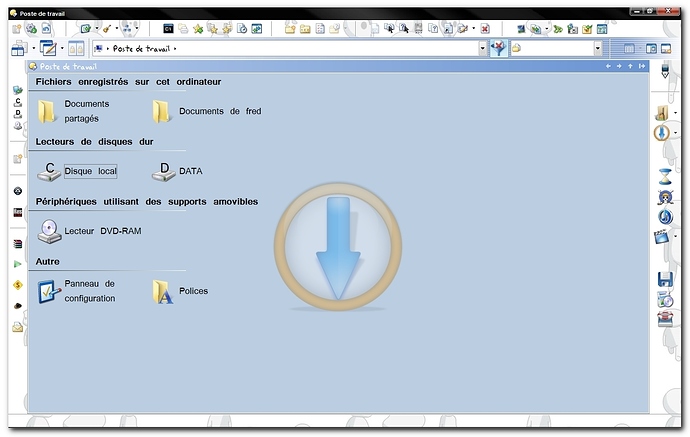 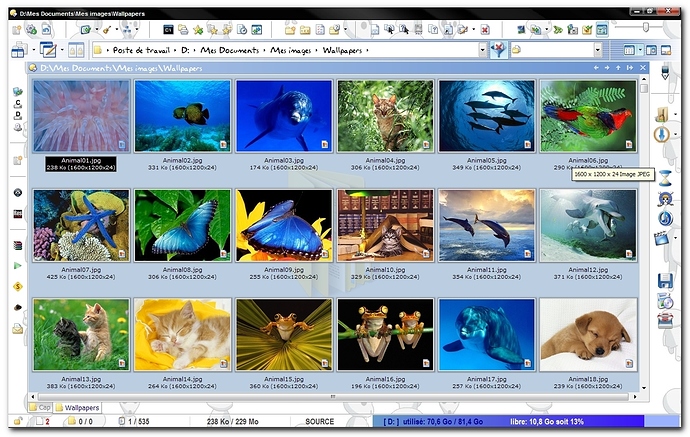 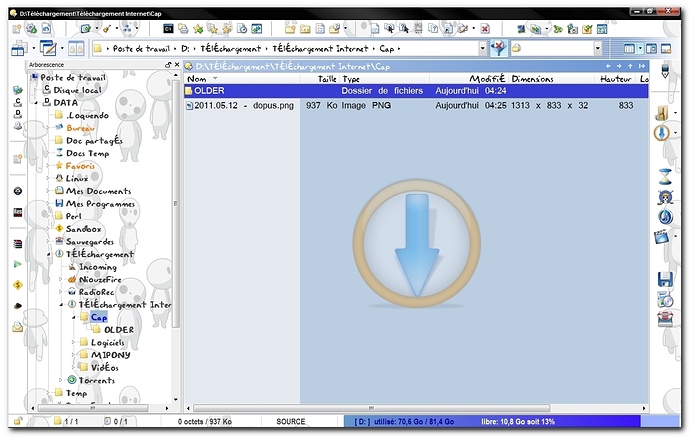 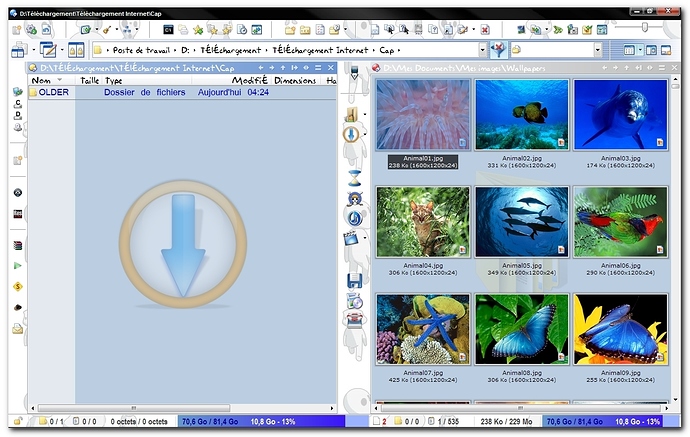 [b]Warning:
The download includes both a Theme (.dlt file) and a full Configuration Backup (.ocb file).

If you only want to affect visual settings then do not install configuration backups; only install actual theme files (.dlt).

If you install the .ocb file be sure to backup your own configuration first so that you can go back to it. Use Settings -> Backup & Restore to create a backup of your configuration.[/b]

Warning:
You'll find a "READ ME - instructions" file, FOLLOW THEM

If you make all the background images "Shared" then they will line up between elements (e.g. file display and the tree and toolbar next to it, and the status bar).

Yes you're right. I haven't done it because I had some issues by doing this. But I correct what was wrong & it's ok now. The download link is update on the first post.

I installed this and now all my listermenu bar is in french, I went and changed the lang. to english ( which it was still set on ) but nothing got it back to english.

Anyone care to tell me how to fix this. I am not scared to get into it, just don't want to break anything.

I would guess that the theme contains toolbars in which the actual text for each button has been written in French - you'll have to manually edit each button and menu item.

(Downloading now to check this theory)

Edit: Yep - the theme contains toolbars - all with the default filenames so they will overwrite your toolbars. The author has edited each button and menu with French words - as I said, you'll need to manually edit them.

Alternatively, just delete everything in your Buttons folder and re-launch Opus - the default toolbars will be recreated.

I have no idea! Post in the "help & support" discussion.

Changing to French and then back to English should trigger the menu to be translated back.

Btw Fred, whilst fiddling with these toolbars I notice you have two buttons on your toolbar - one to turn Flatview mode on and one to turn it off. By using the TOGGLE argument you can merge this functionality into one button:

Change your 'turn on flatview' button to:

Thank you all for such a fast reply ... changing the lang. to French and back to English worked.

Just to clarify - Opus Themes don't contain toolbars. What the author has done here is supply a theme and a full export of his configuration. The instructions he supplies makes this quite clear - "If you want the same result as the preview (fonts, windows & toolbars position...), you must do : Setting -> Backup & Restore -> Restore configuration -> select ".ocb" file in you download -> retore images & backup local (save your own backup before doing this)".

If you import someone else's configuration of course you will lose your own!

I'm not sure but if you do a full config backup, via Settings -> Import & Export before trying them then you can always restore your settings if something goes wrong.

Doing a backup before trying any themes/configs is sensible anyway.

The theme is very cool. Thanks!

The theme is very cool. Thanks!