A script for assisting in the creating and management of folder and video thumbnails images including the creation of snapshots using the moviethumbnail app moviethumbnail.sourceforge.net/. 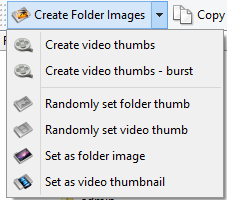 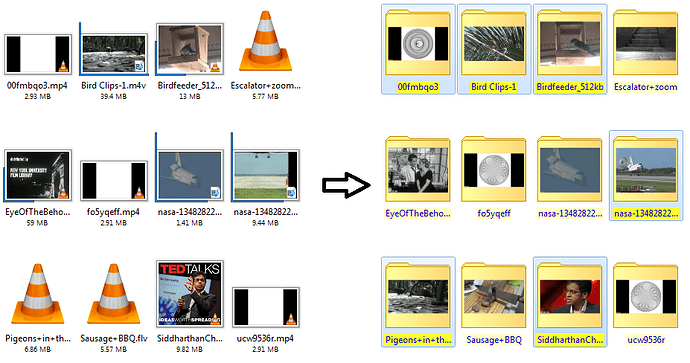 Functionality provided
SetFolderThumbnail Sets a given file as a folder.jpg. If the selected files folder is a sub folder (i.e. thumbs) copied to the parent folder.

SetVideoThumbnail Sets a given file as a video thumbnail. If the target video is not provided it matches based on the files names.

CreateAllThumbnails For selected folders, look through all children folders (skipping videos in folders such as thumbs, temp). For each video it creates snapshots in the thumbs folder. Then sets a ramdom image as the video thumbnail and folder thumbnail.

Starting with a folder of videos as shown in the image below. When in thumbnail view note that not all videos have a thumbnail. 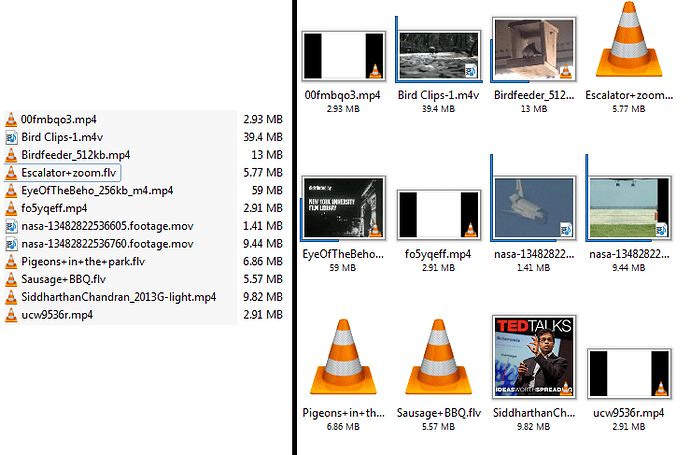 In this example I will put all of the files each in a folder that matches its name. 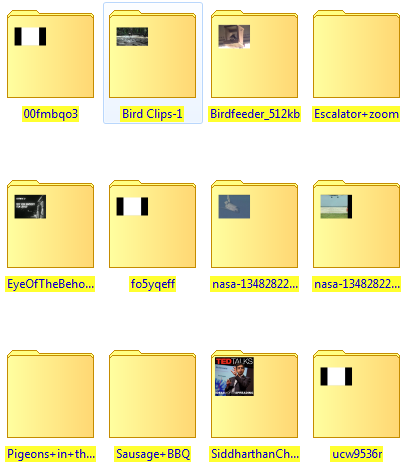 Using the button 'Create Folder Image' included below to call 'CreateAllThumbnails' will go through all the selected folders recursively and create folder thumbnails for all the found videos. It will also create folder and video tmb files as show below.

Looking at all of the videos. 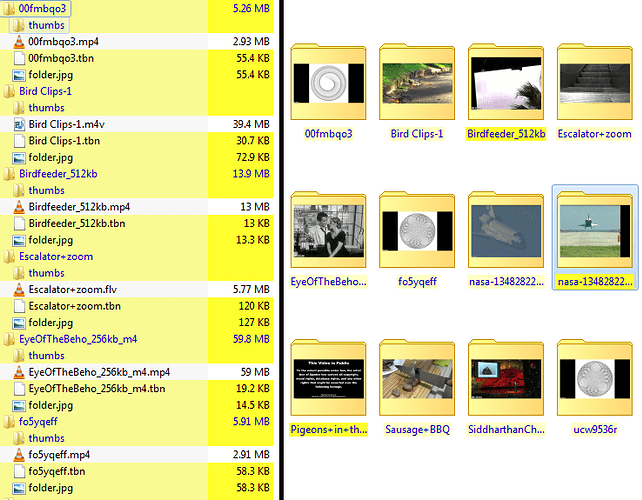 The thumbnails that were selected for the folder thumbnail image (folder.jpg) were done so at random. This means that some are not very good shots. For ones that I don't like I will go in the the relevant thumbs folder, selected a better image and then use the button included below "Set selected as folder image" which calls SetFolderThumbnail. 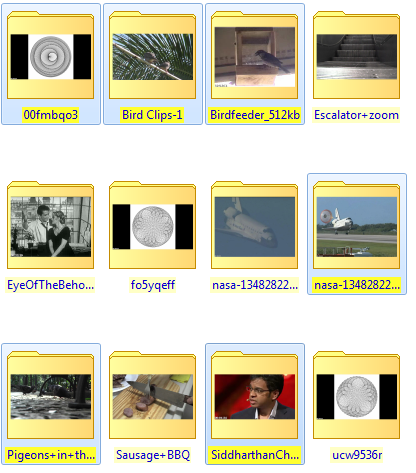 Depending on the videos I might have multiple videos in the one folder if they are all for the same event. The tbn files that are created are for apps like XBMC which will use this are the video thumbnail.

Any feedback welcomed. I'm not sure if my usage of the new scripting engine is done correctly.

The script is packaged in a .osp (Opus Script Package) file because it includes some icons in addition to the script itself. You can rename the file to .zip to look inside it.

1 Like
Create folder.jpg on selected folders
Change default thumbnail of video file
How do I know when a script has completed?
Building a Command in a Function
Image Convert not working when targeting zip files
tbone January 31, 2017, 5:15am #2

Could you provide some screenshots of how your folders/thumbnails look before and after you ran parts of your script?
From your description I was not able to get the idea of this.. o)

For what kind of movie files do you use this? For real "movies", like from dvd, bluray or for records from your own camera?

I would like to try it, but I am not sure how to "install" it, i.e. where and how to put the script (the button I know how to handle).

For what kind of movie files do you use this? For real "movies", like from dvd, bluray or for records from your own camera?

I first created the script (in powershell) when converting some old super 8 movies. Now I use it for any video that that does not have a nice cover, mostly home movies. For real movies it would be OK to use, but an image of the cover would would look nicer.

I would like to try it, but I am not sure how to "install" it, i.e. where and how to put the script (the button I know how to handle).

I have created a script package. This makes it much easier to install.

Let me know if you get stuck

This has been updated to v0.4.3
Fixes are
Delete the new thumbs folder if no thumbnails were created.
Added progress bar to CreateAllThumbnailsMain function, so the Create Folder images button.
Couple of other tweaks to improve reliability.

There seems to be an error on Line 1, Position 1. It has these characters in the beginning, before the //comment line

I removed it from the .js and rezipped. That seemed to have fixed the error I was getting.

But now it's not respecting the FlagThumbnailsAsHidden True option. I tried with and without the resizing option set.

Those issues have been fixed thanks for highlighting.

Does the FlagThumbnailsAsHidden True option work for you? I still can't get it to work.

I tried deleting /dopusdata\Scripts AddIns\Folder Image Manager.osp. Fully exiting Dopus. Install fresh copy. It shows 0.5.2. Yet, my True and 512px settings are still set. Do I need to delete another file to reset? I've tried setting it to False, tested, then back to True and tested.

hi @ktbcrash. There were some bugs in that new code. Should be all good now in version 0.5.3.

In version 0.5.3, I changed from copying the thumbnail image to using the internal Image command. This allows the image to be resized, however it does not allow the extension to be set to a custom value. As such the video thumb will now longer support being set to .tbn.