I use the rename where you can organize folder based upon first letter of the Folder name but is it possible to organize based upon the first 3 letters such as The Adventures of Robin Hood goes to T A Folder, Tugboat Annie Folder goes to Tu Folder and The Wizard of Oz folder gooes to T W Folder. Thanks

Thanks that works with some of them but does not work some of them such as Tugboat Annie because it should be in Tu and not T A. It works on ones like The Wizard of Oz witch goes in T W.

So you want special handling when the first word is "The".

Are there any other words you want special handling for?

What do you want to happen when the first word is only one character, e.g. "A" or "I"?

These details need to be well defined before a solution can be offered, since they may require a very different solution.

Here is a Rename Preset which I think does what you've asked for: 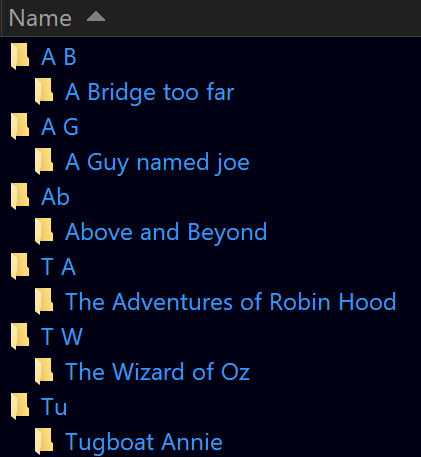 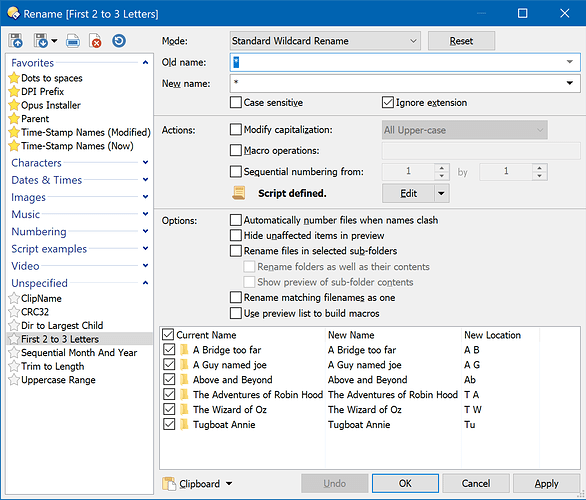 For reference, this is the script inside the preset (.orp file) above:

EDIT after 5 minutes: Fixed it for when the input folder name is only one character long.

It works thank you so much. Makes organizing so much easier.