Would greatly appreciate any help on this problem below.

Just installed windows 10 and Dopus 12.9 x64 I am having trouble getting MP4 videos to playback in the viewer pane using my preferred "Movie" Plugin or the "ActiveX" Plugin.

I can get MP4s to play using the windows media player preview handler but not keen on this interface.

I WAS at one stage able to play them with the ActiveX 32 Bit preview handler but this now doesnt work perhaps due to the codecs being switched around a few times ?

Ideally i would like the MP4s and MKVs to play using the movie plugin.
MKVs and MP4s play audio but no video and LAV icons are in the system tray.

I have an older windows 7 system that will play MKV and MP4 with the Movie Plugin with the K-Lite Pack installed and have tried to replicate everything in the Windows 10 system including the codecs and LAV decoder and splitter settings but this hasn't worked.

I have read Leo's guide here and tried everything in here i think.

HOW TO: Enable/fix playback of various media formats in Opus Opus FAQs

The information below should help you enable playback of various media formats in Opus, as well as in other Windows programs such as Windows Media Player, Windows Media Center, and so on. Formats which should work “out of the box” (MPEG, MP4, MP3,…

So just to summarise where i'm up to;

I have tried setting the default Video player to all of the possible options but this doesnt appear to provide a fix.

I have also tried and removed these alternatives

The Windows Media Player preview handler, or the WMP ActiveX control, are the easiest thing if the Movie plugin/codecs are not working.

That gives two choices of UI, if you dislike one or the other.

Got same problem and fix by installing Windows 10 Codec PAck : http://www.windows10codecpack.com/
Take care to uncheck all except .mp4 and to uncheck Installation of opera and co ...
That's it

Thanks! - that helped me as well. Shame the problem still exists 3 years later!

Amen brother Opus doesnt give much love to previewing video within Directory Opus,
Take my advice and try out MPV.net or MPV player you can have multiple processes of it running and it barely impacts performance, super light weight as well so its good for searching for specific spots within larger mp4 files. 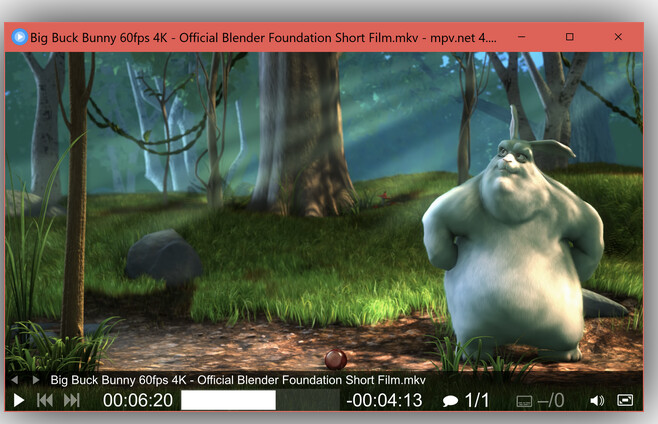 Otherwise if anyone has this issue again and needs a fix, install the LAV MEGAMIX package and on the last slide of the installation process make sure to tick 4K High Quality presets as it will load all the settings required for best video quality and playback for your choice of player that it pre-installs with ( Potplayer, MPC-HE, Mediaplayer.net ) this package is updated regularly as well

There are three different options but I agree none of them are that great these days. All the Windows components Opus can currently use for video playback became more and more crusty as Windows 10 aged. (They worked pretty well before that. We had a period where MP4 and even MKV worked out of the box in Windows 7 using components that came with the OS, and then it was downhill again from there.)

We will be making a new movie plugin in the future, it's just queued up behind finishing a lot of other work.

I'd be surprised if there aren't other movie players out there which implement the Preview Handler API which File Explorer's viewer pane uses. Those will also work in Opus, FWIW.

Yeah sorry I didnt mean to dig at you guys I know from prev threads you're working on something in regards to a new player for the preview pane.

Might I ask is it going to be like built from scratch or implement the new Media player that comes with Windows11 ? All good if you can't really answer that I fully understand if that information is classified =)

If you're wondering what I use the player for, I work in IT as LVL2/3 Help Desk and part of my role is to review recordings of our LVL1's interacting on our clients computers to ensure they're not slacking off, breaking stuff, accessing area's that are private etc... some of the clips are very short some are long... and there's a lot of them... like a lot.....

(This is the player im reffering to btw) 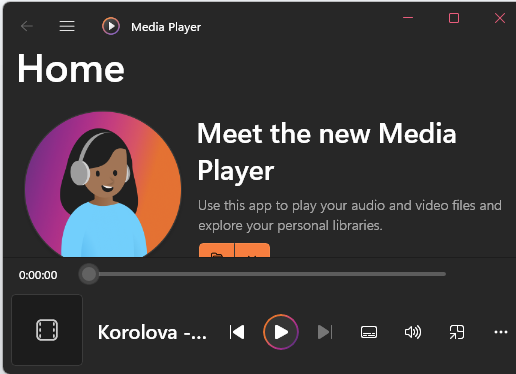 ( ' I'd be surprised if there aren't other movie players out there which implement the Preview Handler API which File Explorer's viewer pane uses. Those will also work in Opus, FWIW. ' )

^ I didn't know that all that is required for the player to work in Directory Opus is for it to work in Explorers Preview Pane, I've tried out dozens of media players in my time but none of which Iv'e noticed have that implementation, I'll have a look around the Web i'm sure some dev on Github's created something open source that's gone unnoticed that does this, I'll let you know if I find it.

Might I ask is it going to be like built from scratch or implement the new Media player that comes with Windows11 ? All good if you can't really answer that I fully understand if that information is classified =)

Not completely sure yet. We have a plan, but we may try that method and find it doesn't work well or isn't flexible enough. Only the metadata side is actually done so far, and that's separate from the viewer.