As a long time user of PD5 (PowerDesk) and for the last 3 years ExplorerPlus, I miss a few things when using Opus.

One of those is more icons such as

The Pane icons are especially nice as I did not need to create Styles as I have to in Opus. True, Styles have more power to them but the Pane icons in ExplorerPlus were much easier and took up a LOT less space and got the job done.

I like a minimal amount of junk clogging up my screen and find icons take up a lot less space. I also like my menus, icons, and other items in one line across the top thereby providing the maximum amount of space for viewing files (after all, that is what a file manager is about is it not?).

Using more icons, and less Styles, allows me to achieve my goals of a single line as less space is taken up.

Any chance we can get these new icons?

Yes, I know that, but they are space hogging tabs and not icons. I want icons that do the same thing. 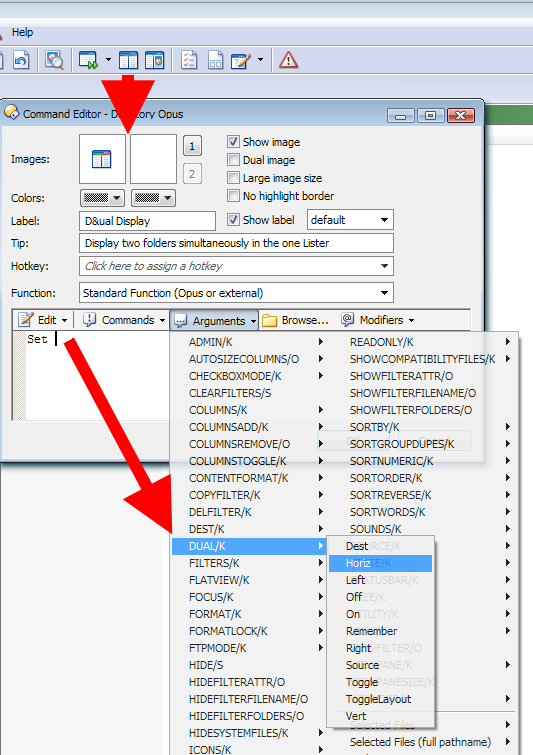 And you can also create a layout and a button to load the layout.
Button-Code:

where XYZ is the name of your layout...

Now you are getting me all excited.

This is VERY neat.

Only problem I can’t seem to locate the Command Editor.