What is the dopus URI scheme on Windows 10?

I want to link to certain folders in my task manager and make them open in dopus.

I can easily do this for Explorer: e.g. clicking on

will open an explorer window pointing to C:\Users\Brian\syncthing\booxsidian.

However, I want to open this in dopus. Ideally in a specific view, but the default view is fine too,

If Explorer Replacement is on then the same thing should work, although you shouldn't need the file:// for Opus or Explorer, unless the tool you're using runs.inside a web browser or something.

Using non-default views.is possible via commands which can be run via dopusrt.exe, assuming the tool you're using isn't restricted to launching URLs (which would be very unusual).

If Explorer Replacement is on then the same thing should work, although you shouldn't need the file:// for Opus or Explorer, unless the tool you're using runs.inside a web browser or something.

File explorer replacement is on, but it does not open that way—the file:// protocol still seems to open in explorer. the task manager (amazing marvin) might run on electron or chromium but it opens files fine but not folders.

I made a recording for you showing the protocol failing and the opus setting:

Is there a reason you're using the file:// protocol?

Can the tool you're using launch the folder itself? Or can it run a program's .exe and give it command-line arguments? Those are both better ways to open/run things.

Happy to use any protocol that can be embedded in a markdown link! My question is basically: is there a dopus:/// URI scheme, like discussed in the docs here or examples here

edit: which is to say—it can't launch exes. It DOES have a system triggers addon but I've shied away from using that generally because I just want a clickable link

If it's limited to URLs and cannot run basic commands then I don't think it's ever going to work very well (unless you write a custom URL handler, but that's a lot of work for something like this).

I would ask the authors of that tool to make it more powerful so that it can run commands, and not just open URLs.

I feel like we're talking at different ends here. I don't need the program to launch a URL, I need it to launch a URI. It's not difficult to create a Windows 10 URI: https://winaero.com/the-list-of-uri-commands-to-launch-windows-10-apps/

I just wanted to check here to see if dopus had one already—as it's common for apps that work on windows 10 to have a URI. For example, I can open keyboard settings with ms-keyboard: so I can get to a specific setting with one click—that doesn't have to do with the power of the program, that's just a URI. Or I could check off a to-do in another program with ms-todo: <link to task>

URIs are handled by the operating system, not individual programs. But I think the answer I was looking for is "dopus doesn't have a URI", which is fine and I can make one.

URL and URI mean the same thing in most contexts. Assume I said URI if it clarifies things.

Launching software via URIs is not the normal way to do things, and usually only used for things like browsers / web pages that don't have access to run things directly, and then highly restricted (since any web page could trigger the request).

It's not a a good or normal way for one piece of software to open a local folder or run another locally installed program with arbitrary arguments.

Locally installed software can run other software directly, and that's the normal way to do things which almost everything uses.

(Windows Store / Metro apps may be using this unusual scheme of ms-xyz: URIs, but probably only because they were so locked down they could not launch software directly until Microsoft started relaxing things. That kind of app is best ignored for a proper desktop application that can run any exe you want, at least if you want to do something complex like open a custom layout.)

I think Opus's Explorer Replacement is also excluded from Metro apps, due to a bug in Windows when Win32 DLLs, like the one we use for Explorer Replacement, are loaded into that kind of application which was causing our config files to be locked forever if one of those apps opened them. That probably explains why it isn't working directly. We can't change that unless Microsoft fix the OS-level bug that was leaving the config files locked.

Thanks so much!! That makes more sense! I made a URI via the instructions above and it does work

for anyone else attempting this: you can manually make a dopus:// URI to open things this way 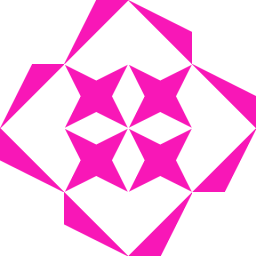 How do I register a custom URL protocol in Windows?

(whoops, this wasn't meant to be a reply!)

Update: I figured out the best way to do this in programs like Obisdian, etc. Create a markdown link like this: