Some SSH servers may offer, or even require, logins via private key files instead of simple passwords.

This FAQ explains how to connect to SSH sites with private key authentication if you are using Opus's Advanced FTP add-on for SSH file transfers.

Directory Opus 12 and above:

You can specify the SSH Key as part of the site details, like so: 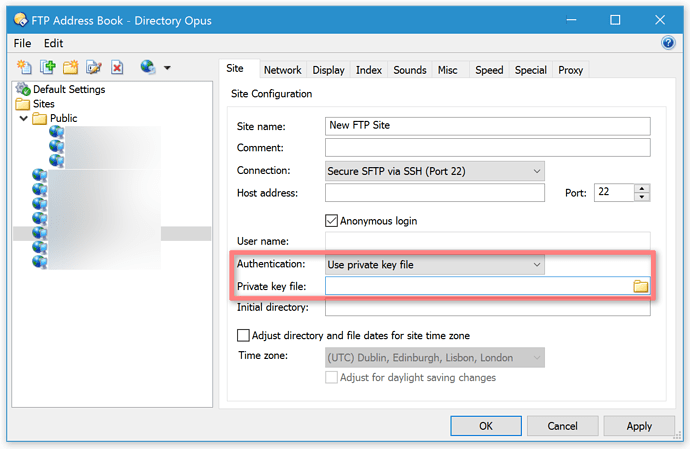 The use private key file option is only available when the connection type is set to SFTP, since key files are not supported for other protocols.