Directory Opus gets the default folder icon by asking Windows via a standard API.

Directory Opus 9.0.0.5 and above should automatically pick up icon changes made by most desktop-customisation programs.

(The screenshot shows that RegEdit has also taken on the new folder icons. That may happen with newer versions of Windows.) 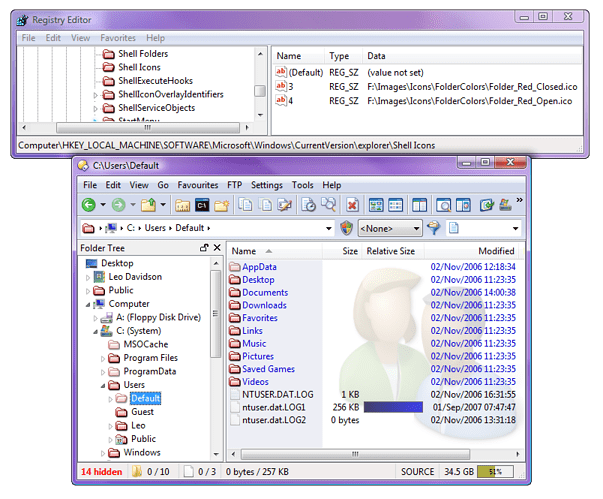 Newer versions of Windows seem to pick up the change automatically. On the other hand, if you are using Windows XP then you will probably need to force Windows to rebuild its icon cache before the new folder icons will appear.