What is Compatibility Mode?

How do I turn Compatibility Mode off?

Why was Compatibility Mode enabled when I have never touched those settings before?

If you want to make things larger, and the options in Preferences aren't enough, then you should normally change the system DPI scaling, which is done here in Windows 10: 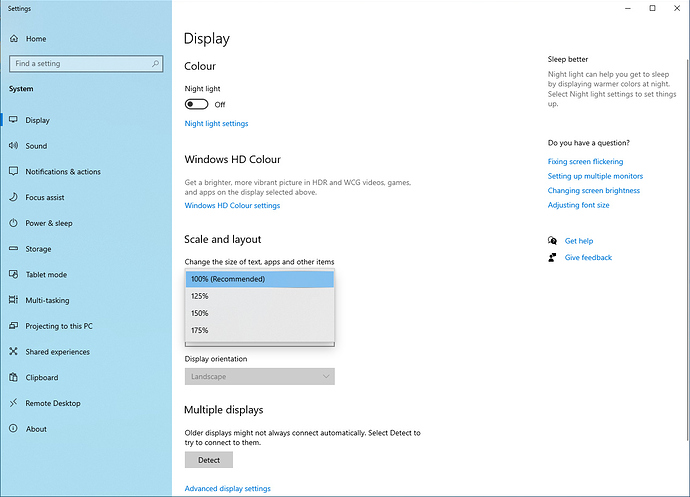 After changing the system DPI setting, you may need to log out and log back in again for the change to fully take effect. (Exiting Opus via File > Exit Directory Opus is often enough to update most things, but there are some Windows metrics, like status bar height, which really need a reboot.)